Press enter to begin your search

Based in Malta, Pemix Distributors Ltd is one of Malta’s leaders in the import and distribution of a wide variety of products, including food products, Baby food and care products,  personal hygiene products, confectionery, pharmaceuticals and more. 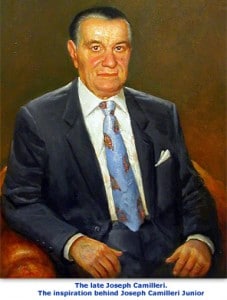 The company knows its beginning in 1958 when P.Gatt & Co. Ltd was formed as a wholesale company operating principally in the northern part of Malta. In subsequent years the terms of operation of P.Gatt & Co. Ltd were changed to one of import and distribution and thirteen years later the company name was changed to Impex Ltd.

In 1972 two enthusiastic men with a clear vision of their goal namely Mr. Joseph Camilleri and Mr. Paul Micallef, joined Impex Ltd as shareholders. They immediately became the driving force behind Impex Ltd.

The new company commenced its trading operations from its premises in Malta ’s capital city , Valletta , with a clear strategy aimed at a careful evaluation of the needs of the Maltese market intended to gradually introduce various high quality products.

This operational strategy proved to be successful and led to the continuous and relentless growth of Impex Ltd.

As a natural progression of this growth, in 1984, new larger premises with adjacent warehousing facilities were acquired and the Company shifted its operations to Impex Court, Mosta.

In 1999 it was further decided that, in order to avoid any confusion in the market in view of the fact that there were more than one local Company operating in the same sector with a very similar name such as Impex Trading Ltd, Impex Ltd and IMPEXCO the Board decided to change the Company name to Pemix Limited. Yet, in doing so all current commercial parameters (shareholding, banks, credit facilities, and so on) have been retained.

The administrative re-structuring helped to progress even further the Company’s operational activities clearly necessitating the need for new and bigger premises to be identified.

Since then, in October 2000 Pemix House was inaugurated in a more centralised location within the same confines of Mosta. These new premises house the new offices of Pemix and the other subsidiary companies.

We can help. Get in touch with us today and let’s have a chat!

Aiming for Quality, Reliability and Efficiency, seeking to achieve the best link between suppliers and our clients.